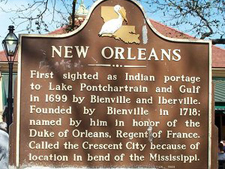 It was more than one hundred years ago that the first determined group of insulators organized together to form what is today known as the Heat and Frost Insulators and Allied Workers Local # 53. Union records show that organized insulators in New Orleans were formally recognized as early as 1907, in Chicago, IL, at the Fourth Annual Convention of the National Association of Heat, Frost, General Insulators and Asbestos Workers of America. The convention was called to order by then president, A.J. Kennedy, while Daniel P. Devlin and H.E. Roevens represented the workers of New Orleans.

Although the origin of the number 53 has not been discovered, there is clear evidence that it was used as early as October 1919 at the Eleventh Convention held in Detroit, MI.

Insulation installation was one of the first “green” jobs, and has become increasingly important as energy has become more expensive. When designed and installed properly, insulation will extend the life and efficiency of any building. Insulation is an important system utilized in every type of construction, from residential to commercial buildings, including: schools, office buildings, shopping malls, casinos and hospitals. Insulation is also very important to industrial facilities such as oil refineries, chemical plants, fossil fuel and nuclear power plants and shipyards. Helping to promote energy efficiency, insulation will continue to become increasingly important.

The men and women who make up the Heat and Frost Insulators and Allied Workers Local # 53 are as determined today as were the founders more than one hundred years ago. By possessing the best skills available, they are dedicated and work to serve our contractors and customers.